Security Doesn’t Have to Stand in the Way of Productivity

The relationship between security and productivity is an interesting one. When security is neglected, it usually doesn’t take a long time for productivity to take a nosedive as a result of a data breach or some other cybersecurity incident.

However, productivity can also suffer when stringent security measures are implemented without first carefully considering how they impact those they are meant to protect in the first place.

As such, all organizations today face a difficult challenge: they must figure out a way to protect themselves from increasingly sophisticated cybersecurity threats without making it difficult for their employees to remain productive and get things done.

When Security Clashes with Productivity, Everyone Loses

Dictionaries of business terminology typically define productivity as a ratio between the output volume and the volume of inputs, with inputs being things like labor and capital and outputs being delivered products and services.

One of the most cost-effective ways how organizations can increase productivity is to help employees do their work more efficiently, which is why collaboration is such a hot topic in the current era of hybrid work, when employees don’t always meet in the office to exchange ideas face to face.

Ideally, employees could choose their own collaboration tools, install them on any device, and use them to share all kinds of information without any limitations. The problem is that we live in a world where cybercrime pays huge dividends.

Aware of potential cybersecurity threats, organizations rely on various controls to prevent unauthorized access to sensitive data and systems. In the process, they prevent employees from being as productive as they could be.

Research from Bromium revealed that 74 percent of Chief Information Security Officers (CISOs) believed that employees in their organizations were frustrated with security policies hindering their productivity. Bromium’s findings are in line with a global security survey conducted by Dell, which found that 91 percent of business respondents believed that IT security negatively impacts their productivity.

To find out just how much security impacts employee productivity, security firm IS Decisions surveyed over 500 organizations from the US and UK and found that large US companies lose around 182 days of work annually because of their complex security procedures. The number is naturally much smaller for SMBs with fewer employees, but it’s still significant.

While ignoring all but the most basic security controls may be a tempting solution, the steadily growing average cost of a data breach—not to mention the long-lasting impact a data breach can have on an organization’s credibility—is enough to force even the most daring decision-makers to look for a more reasonable way how to prevent security from standing in the way of productivity.

How to Maintain a Strong Security Posture without Killing Productivity

Security and productivity don’t have to be at odds with each other. When the right controls are thoughtfully implemented to protect employees against cybersecurity threats, the organization’s overall productivity increases because the likelihood of a data breach or some other security incident causing downtime becomes much lower. Let’s take a closer look at several proven strategies that help maintain a strong security posture without killing productivity.

When the management is considering the implementation of a security solution, its cost, effectiveness, and ease of implementation are the main factors they focus on. The same factors are often invisible to frontline workers, who are concerned predominantly with how their ability to do their work will be impacted by it. As such, frontline workers know better than anyone else what the biggest productivity killers in the organization are, so asking them for their feedback can go a long way in accurately identifying them.

Building a reinforced stone wall around an aircraft carrier might be an effective way to prevent enemy missiles from reaching it, but it would render the aircraft carrier more or less useless. Similarly, cutting employees from the outside world with strict firewall rules can make many common attacks impossible to execute, but it can also make it very difficult for employees to be productive. The solution is to develop a solid understanding of employee workflows and implement security controls based on them so they can have the biggest positive impact on security and the smallest possible impact on productivity.

Even the best security system can fail to provide satisfactory protection if employees don’t understand it, ignore it, or unknowingly compromise it. On the other hand, even a fairly average security system can withstand sophisticated cyber attacks if employees act as the first line of defense, which is where cybersecurity awareness training comes in. By educating employees about the best security practices, organizations can increase their security without becoming less productive since the time spent on cybersecurity training sessions is negligible in the grand scheme of things.

The cybersecurity landscape is vast and varied, and all organizations that are forced to navigate it have different needs. The same security solutions that make sense for large enterprises can turn out to be detrimental to both security and productivity when implemented by small and medium-sized businesses with just a few employees and a highly centralized IT infrastructure. That’s why it’s so critical for organizations to choose the right security solutions based on their own needs and not based on what’s trending at the moment.

5. Partner with a Specialist Who Knows How to Balance Security with Productivity

Finding the balance between security and productivity can be a time-consuming, difficult process. The least productive thing senior decision-makers can do is to let themselves lose focus on their core business while attempting to wear multiple hats at the same time. A much better approach is to partner with an experienced Managed Security Services Provider (MSSP), such as us at Aligned Technology Solutions. The right MSSP can suggest and implement effective security solutions that don’t interfere with employee productivity too much, and do so much more affordably than an in-house IT expert ever could.

Security and productivity are like the two plates suspended at equal distances from a fulcrum of a traditional weighing scale. To achieve the balance between them, neither of the two plates can outweigh the other one. That’s not easy, but it’s not impossible, and the effort is well worth it because it leads to everyone in your organization being able to do their best work. 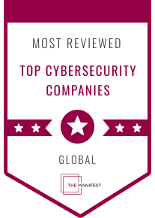 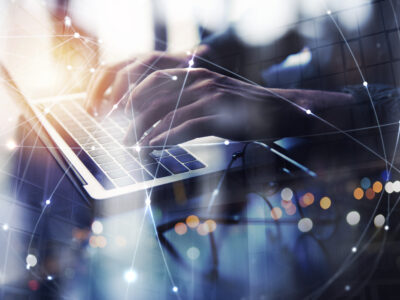 Do I Need a Backup Internet Service? 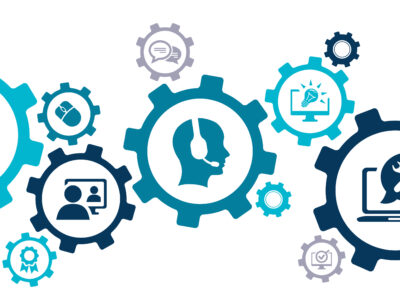 What Are the Benefits of Using Managed IT Services?